LEIDEN, Netherlands, Jan. 11, 2022 /PRNewswire/ -- Amarna Therapeutics, a privately-held biotechnology company developing transformative gene therapies in a range of rare and prevalent diseases, today announced that Amarna and its Swedish CRO partner Redoxis have been awarded a €0.8 million grant from EUREKA Eurostars for their joint ALPHAVAC project. The project is aimed at developing an effective in vivo screening platform for identification and validation of key self-antigens in a range of neurodegenerative diseases (NDDs). The results, initially targeting amyotrophic lateral sclerosis (ALS), will following be used to develop innovative gene therapy approaches, based on Amarna's proprietary SVec viral vector platform. 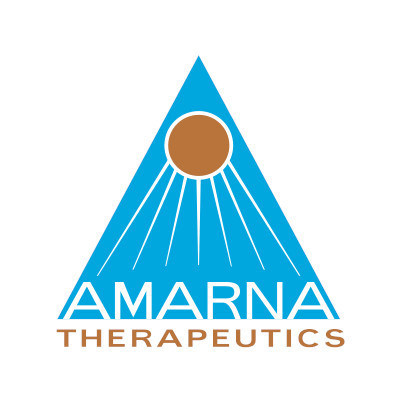 ALS and other NDDs, including Alzheimer's Disease (AD), Parkinson's Disease (PD) and Multiple Sclerosis (MS), have a dramatic impact on society due to their high incidence, mortality, and severe debilitating character. To date, few disease-modifying therapeutic interventions have become available, and an urgent medical need remains to develop safe and effective treatments for patients suffering from this devastating group of diseases.

Increasing scientific evidence indicates that components of the immune system are major drivers of NDD disease progression. In the ALPHAVAC project, Amarna and Redoxis will develop a screening platform based on Alphaviruses, AlphaSelect, to identify and validate the therapeutic potential of specific self-antigens in NDDs. The AlphaSelect platform will initially be used by Redoxis to develop an inducible animal model for ALS that is representative of the disease in humans. Subsequently, Amarna will use the inducible ALS model in tolerization experiments to validate therapeutic targets for the development of an effective SVec-based gene therapy for ALS. The Eurostars project complements Amarna's R&D pipeline of selected autoimmune programs that already include MS and Diabetes mellitus type 1 (DM1).

"We are very pleased that our approach to neurodegenerative diseases, illustrated here by ALS, has been recognized and awarded a Eurostars grant, and we now look forward to launch the project with Redoxis."

Amyotrophic lateral sclerosis (ALS) is a devastating and fatal neurodegenerative disease associated with muscle weakness, paralysis, and ultimately respiratory failure. Most patients decease within five years after diagnosis. In analogy to other NDDs, to date, effective treatments for ALS have not become available. There is increasing evidence that ALS is a T lymphocyte-mediated autoimmune disease in which the T lymphocytes attack and destroy motor neurons that express a specific self-antigen. The lack of both validated therapeutic targets and animal models representative of the human disease have hampered the development of effective ALS therapies.

Eurostars is a European program that supports innovative SMEs and project partners (small and medium-sized companies, universities, research organizations and other types of organizations) by funding international collaborative R&D and innovation projects. Eurostars is run by EUREKA, an intergovernmental network, and involves 37 countries.

Redoxis is a Swedish Clinical Research Organization (CRO) with core expertise and focus on preclinical drug development and efficacy evaluation in models of inflammatory and autoimmune diseases. With strong roots in academic research, Redoxis is keeping closely up to date with the latest immunology research and continuously updating its portfolio of models. The company has several on-going collaborations with academic partners for model development and is member of several EU funded projects aiming at developing standardized models for autoimmune conditions.

Amarna Therapeutics is a privately held, preclinical biotech company developing transformative, potentially curative gene therapies for a range of rare and prevalent diseases. The company is pioneering the development of gene therapies with its SVec viral vector, based on simian virus 40 (SV40), a macaque polyoma virus to which humans are immunologically naïve.

Amarna has created a proprietary production cell line (SuperVero) that for the first time makes it possible to produce SV40-derived vectors suitable for therapeutic use. The company's fully integrated gene therapy platform combining SuperVero with its genetically engineered SVec viral vector is truly unique in its intrinsic capability to deliver transgenes without eliciting immune responses to the vector nor to the transgene product.

Leveraging this 'natural' non-immunogenicity feature of its gene delivery system in humans, Amarna is developing a broad pipeline of safe, effective and durable gene therapies focused on genetic disorders, autoimmune diseases and chronic inflammation. Founded in 2008, Amarna's head office is based in Leiden Bio Science Park, the Netherlands, with a research subsidiary located in Seville, Spain.