THE HAGUE, Netherlands, Dec. 7, 2021 /PRNewswire/ -- A new study, published in the December 2021 issue of the Journal of Drugs in Dermatology (JDD), showed endolysin-based cream is well tolerated and effective, with patients reporting significant improvements of symptoms - including itch and redness - within days. 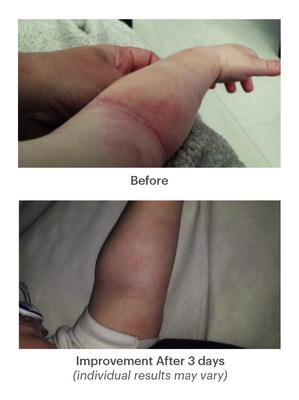 The cream has been applied twice daily on eczema patients' lesions. It contains Micreos's proprietary endolysin, Staphefekt SA.100™, an enzyme that is well tolerated and helps rebalance the skin microbiome by targeting only the S. aureus bacteria, associated with worsening of eczema. Staphefekt™ SA.100 is already available in skin care products for acne, eczema and rosacea, marketed by Micreos under its Gladskin brand.

"The role of Staphylococcus aureus in Atopic Dermatitis continues to emerge as a fundamental disease driver. This study is what we have been waiting for - a truly new avenue of treatment for our many patients living with eczema," says dermatologist Dr. Peter Lio, Scientific Advisory Board member for the American National Eczema Association.

Eczema is often characterized by an unbalanced skin microbiome. Up to 90% of eczema patients' lesions are colonized by the bacterial species Staphylococcus aureus (S. aureus) and numerous studies show the correlation between excessive colonization of S. aureus and eczema severity. "Considering the mounting evidence pointing towards the major negative role of S. aureus in AD and the beneficial role of the skin microbiome for skin homeostasis, a treatment exclusively targeting S. aureus offers many advantages," the study's authors noted.

Staphefekt™ SA.100, the main ingredient used in the study, selectively targets only S. aureus, without harming commensal bacteria. Micreos researchers, in close collaboration with the Swiss Federal Technology Institute ETH Zurich, turned to nature's own precision anti-bacterials, named endolysins: These enzymes have the ability to target only S. aureus bacteria, without harming other bacteria of the skin microbiome, comprising billions of 'good' bacteria, essential for our health. Because of their working mechanism, dissolving only the cell wall of the target bacterial species, scientists expect no development of resistance against endolysins.

Micreos develops new biological therapies based on targeting only unwanted bacteria, with the potential to replace antibiotics in a wide range of applications. The company is viewed as a global leader in this field. Its proprietary endolysin technology has been created together with the Swiss Federal Technology Institute, ETH in Zurich.

Headquartered in The Hague, The Netherlands, Micreos runs a research and technology centre in Zurich, with a pharmaceutical development group, an OTC division and a manufacturing plant based in Bilthoven. Under the Gladskin brand, Micreos has launched several prescription-free OTC products for people with inflammatory skin conditions caused or aggravated by Staphylococcus aureus, including acne, eczema and rosacea. 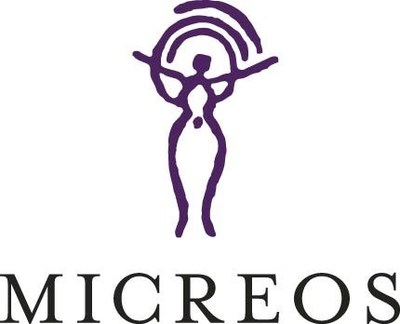